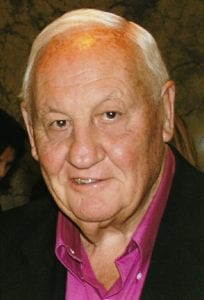 James Menard Meston passed away peacefully on December 15, 2018 at the age of 89. He was adored by his family and friends, and admired by those whose lives he touched.

Born in Omaha, Nebraska and raised in Des Moines, Iowa, he worked for nearly 40 years at Westinghouse Electric Corporation, where he held several human resources positions. He then worked as a human resources and organizational development consultant for more than 20 years with clients such as Speedo, Carnegie Mellon University, Alcoa, Jockey International and the Pittsburgh Pirates Baseball Club.

He entertained as a humorist at clubs, sports banquets, and business and private functions, and was the featured humorist at the annual Dapper Dan Sportsmen of the Year Dinner from 1973 until 2002.

He served as president of the American Society of Training and Development, was active with the United Way, and served as chairman of the board of The Wesley Institute.

He was a contributor to Upper St. Clair’s USC TodayMagazine for more than 12 years, and he served as president of the Hickory, Pennsylvania Lions Club in 2008 and 2009.

Upon graduation he was offered opportunities to play professional baseball, but chose to serve his country by enlisting in the Army, serving three years during the Korean War, stationed in Germany. After his military service he returned to Des Moines where he started his career at Westinghouse, later transferring to Chicago, and then to Westinghouse headquarters in Pittsburgh, PA, which he called home since that move in 1964.

He was a recipient of Drake University’s Double “D” Award in 1984, the university’s highest athletic honor. He was also inducted into Dowling High School’s sports hall of fame.

He enjoyed spending time with his wife, Marjorie, and friends and family at his beach house in Emerald Isle, NC, and fishing, golfing, gardening, writing, blogging, and entertaining.  He was a kind, fun-loving man who never missed an opportunity to make people laugh.

He is preceded in death by his wife, Marjorie Roberts Meston, and is survived by daughters Catherine Caum (Stephen), Carole Weigner, and sons James (Roslyn), Robert (Patricia), and Thomas (Nina), and 12 grandchildren and 11 great grandchildren.

The family would like to thank the staff of Country Meadows in Bridgeville and Gallagher Hospice Services for their attentive and compassionate care.

Friends and family will be received at Pittsburgh Cremation and Funeral Care, 3287 Washington Road, McMurray, Pennsylvania 15317 on Friday December 28thfrom 5-7 p.m., and 1-3 p.m. on Saturday December 29th.  A memorial celebration will follow the visitation on Saturday, and attendees will be given an opportunity to share stories and memories.

In lieu of flowers, memorial donations may be made to Wesley Family Services,Alpha Drive Suite 250, Pittsburgh, PA 15238. 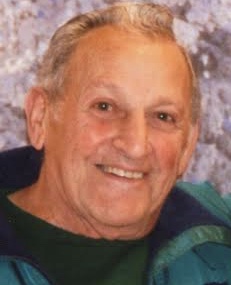