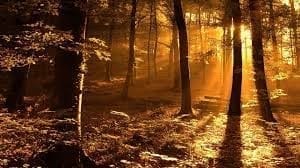 Bingo O’Malley, 86, passed peacefully on Sunday June 2ndsurrounded in love by his family and friends. His pride of Pittsburgh began with growing up on Frazier Street in Lower Oakland.  He was the youngest child of Bartley and Catherine O’Malley, whom he affectionately coined Kitty and Ralph.  He fondly shared his first generation-teetotaling-fireman Irish roots with his sister’s Kathleen and Boots and his brother Bartley.  He lived his life forever dedicated to the special bond he shared with his O’Malley clan.  He continued to pass his love and devotion of this city down through the generations of his many nieces and nephews.   With Bingo at the helm, every family gathering was filled with traditions, games and laughter. He served as the commissioner of the family football poll for decades and chronicled our family’s events in his self-penned “What’s What” newspaper.

He humbly played many roles in his lifetime.  He was an officer in the Navy, a priest, a juvenile probation officer, a psychiatric social worker and a stage and screen actor.  In all of his many positions, he always served as an advocate for people and stood up for what was right and true.  He was dedicated.  Whatever he did in life he faced it with true conviction.  His life was comprised of balancing between giving his heart and sole to his students every day and then evolving into his character for rehearsals and performances at night.  All the while being a devoted brother, uncle and friend.

He was beyond confident that everything he was passionate about was confined within the areas surrounding these 3 rivers.  He was instinctive and presented himself with refined leadership, he raised the bar of all those who knew him. He was able to get so much done with just his presence.

He was witty, distinctive, superstitious, passionate and headstrong. The bottom line was there are a million words that describe him, but to put it directly to the point; He is legendary to us all because he was Bingo.

In lieu of flowers, memorial contributions may be made to Bare Bones Productions, 1211 Braddock Avenue, Braddock, PA 15104.