Upon graduation and moving to Delaware, Darlene attended the University of Delaware where she studied Medical Technology for two years and gained employment as a Pulmonary Technician at the Wilmington Medical Center where she worked until 1979. Relocating to Belle Vernon, Pa, she worked at Allegheny General Hospital as a cardio-pulmonary technician until 1993. For the remainder of her life, she was employed in various positions including Martins Flowers and Shrubs for ten years.  In addition to employment, Darlene’s love for reading, ceramics, and gardening filled her days with happiness. As a devoted daughter, wife, mother, and best friend to Marguerite and Beth Ann, Darlene was a true “soccer and wrestling mom”, a constant at all of her children’s sporting events and a die hard Pittsburgh Sports fanatic.

A celebration of Darlene’s life will be announced in the Spring of 2021.

In Lieu of flowers and in appreciation of the care given to Darlene, the family suggests donations be made to Concordia Hospice / Donnell House, 10 Leet Street, Washington, Pa. 15301 and/or OSTPA Hospice, 4325 State Route 51, Belle Vernon, Pa. 15012. 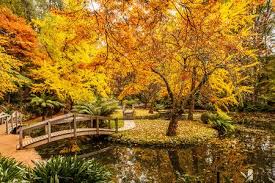