On Wednesday, August 29, 2018 of Bethel Park, formerly of Scranton PA, Don passed peacefully at the age of 85.  He will be reunited with his wife of almost 60 years, Marie (Schreiber) who passed nearly 16 months ago to the day.  Born on July 6th, 1933 to the late Joseph and Julie, he is proceeded in death by his only sibling, sister Joan (Hoban).  Surviving are his sons Jeffery (Joanne), Scott (Carlene) and Steve (Kelly) along with his grandkids he adored, Andrew, Zachary, Grant, Emma, Kate, Audrey and Morgan. Also surviving is his Aunt, Sister Mara Beadle, his nephew Mike Hoban and his niece Mara Archer.  A graduate from The University of Scranton, Don played on both the basketball and football teams.  Don served our country as a Midshipman in the Navy. Following college and the Navy, his professional sales career started at Colgate-Palmolive.  Next, he made a move to Johnson & Johnson. Then, in 1969 Don made his final career move that brought him to Pittsburgh. He joined Anheuser-Busch in what he would eventually describe as the best job in the world.  He worked for them for nearly 25 years when he retired at the age of 59.  Affectionately known as “The Bud Man” by his friends during his career, Don always enjoyed a good celebration with his favorite beer or scotch.  Although he called on many National Accounts during his time at AB, he was always proud to say that he was the first to ever sell US Airways on the idea of serving beer on their planes. Besides being a member of St. Germain’s church since 1970, Don was also a long-time member of Nemacolin Country Club where his playing partners would often hear him say “gimme a baby doll” before he would swing. The family will hold a private memorial service. In lieu of flowers, the family would like contributions to be made to St. Clair Hospital Foundation’s Critical Care Fund. 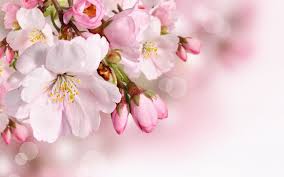