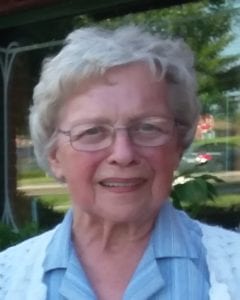 Ethel met her husband Rudy while she was playing percussion for the American Legion Band, and they married in 1948. She worked as a sewing machine operator in several Allentown clothing factories through the 1960’s. Sewing was one of her passions for many years. She was a talented seamstress, made much of her children’s clothing while they were growing up, and even did alterations in her home for a time. She also volunteered for the Jewish Community Center’s “Nearly New” shop from the early 1980’s through the mid 1990’s.

Those who knew her found her generous, cheerful, and friendly. She enjoyed polkas, baking, helping out her children, and spoiling her grandchildren. Her family and friends will miss her dearly.