SCANLON, Grace Ann (Kelly) passed on Tuesday June 23, 2020 at 90 years of age. She was a resident at the Sheridan at Bethel Park over the past ten months. Grace was born on in 1930 to Joseph Marion and Grace (Walsh) Kelly of Mt. Lebanon. She was the youngest of three children. She often told the story of being born at home on Dan Drive. Her mother was told there was insufficient time to travel to the nearest hospital (at the time in downtown Pittsburgh). Grace graduated from Mt. Lebanon High School in 1947. Grace attended Edinboro State Teachers College and The Pennsylvania State College. She returned home to attend and graduate from the Abbington Hall Secretarial School in Mt. Lebanon. In the early 1950’s, she worked for Standard Service Inc., a general construction company located on Banksville Road in Pittsburgh, as the company bookkeeper and payroll clerk. In 1954, Grace married James D. Scanlon, Jr., also of Mt. Lebanon. They were wed in the lower level chapel of St. Bernard’s in Mt. Lebanon before the upper church construction was completed. Grace continued working until she gave birth to their first child and then transitioned to a traditional homemaker. Grace raised and is survived by three children: James D. “Stan” Scanlon, III (wife Nilce Camargo Scanlon) of State College, PA; Kevin Kelly Scanlon of Pittsburgh, PA; and Dr. Molly M. Scanlon (husband, James Gordon) of Coronado, CA. Grace and her husband traveled extensively around the world as part of his international business career with US Steel.

Throughout her life she enjoyed playing bridge with her friends, collecting antiques, dining out, and gardening. Grace was a life-long resident of Mt. Lebanon. Grace was preceded in death by her husband James in July 2013, both of her parents, and her two brothers, Joseph and John (Jack) Kelly.

Grace was laid to rest at the Queen of Heaven Cemetery beside her husband, near both parents, and brother Jack. A memorial service will be scheduled at a future date and time when immediate family and friends can be present. Those wishing to attend, send condolences, or obtain more information may send inquires to gksmemorial@gmail.com. 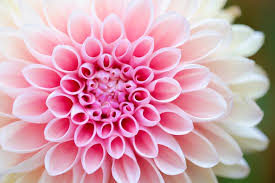