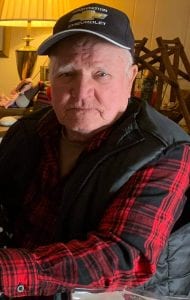 Born on January 17, 1934, he was the son of the late Theresa Ann Miller and Clyde Harrington.

Henry Harrington retired from the Army with honors, March 10, 1981, after retirement Henry worked with Covenant trucking and Bailey Control. He was a man with a great gift to always tinker and make things new. He enjoyed life, great finds and traveling.

Henry’s memories will forever live in our hearts.

All services will be private