James attended Canonsburg High School and on November 14, 1962 he married his high school sweetheart, Susan L. Moore.  Mr. O’Bryon served in the United States Army from 1966 to 1972 as a Private First Class and was awarded the Good Conduct Medal for exemplary behavior, efficiency and fidelity during his tour of duty in Vietnam from 1966 to 1968. After Vietnam, James worked as a mechanic and then as a truck driver for Cowden Trucking, Russell Industries and finally Diamond Head Trucking. He also enjoyed working part time as a tow truck driver for Rusty’s Towing.  He retired in May of 2002.

James is survived by his wife, Susan of 57 years, a daughter Kristen (Aaron ) Hunt of McMurray, a son Scott (Nicol) O’Bryon of Belle Vernon, granddaughters Kaitlynn O’Bryon and Kinslee O’Bryon, a step granddaughter Morgan Lee, two great granddaughters, Rylee and Dakota, a brother Harold (Joyce) O’Bryon of Canonsburg, sisters, Mildred (Richard)Kobertz of Canonsburg, and Lorraine (Ronald)Bracewell of Georgia, a step-brother Claude Merle O’Bryon of Georgia, stepsisters Mary Lou Lankford of Florida and Peggy Ann Forget of Florida, sister in law Maggie O’Bryon of Florida and many loving nieces ,nephews and extended family. He was preceded in death by his step brother, Wayne O’Bryon.

James was an avid NASCAR fan and he also enjoyed hunting, watching westerns and his favorite sports teams, the Steelers, Pirates and Penguins.  He loved spending time with his family and friends. He was a member of the American Legion Post 175 in Washington.

Due to the Covid- 19 restrictions, there will be a private internment for the family.  A memorial service to celebrate his life will be held at a later date. Internment and burial arrangements are being handled by Pittsburgh Cremation and Funeral Care 3287 Washington Road McMurray, PA 15317. Online condolences can be left at pittsburghcremation.com

The family would like to extend a special thank you to Happy At Home In Home Care, the third floor Reminiscence Staff at Sunrise Senior Living of Upper St. Clair, Concordia Hospice and Three Rivers Hospice for their kindness, loving care and support during his last year of life.  Memorial donations can be made to Concordia Hospice at 10 Leet Street Washington, PA  15301, Three Rivers Hospice 300 Oxford Drive Monroeville, PA 15146 or Chartiers Hill United Presbyterian Church at 2230 Washington Road Canonsburg, PA 15317. 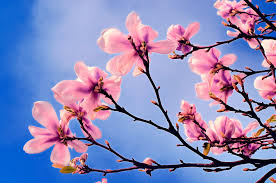