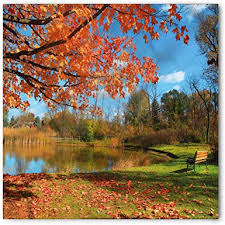 Lawrence “Larry” Reed, of Houston, PA passed away on Thursday, August 27th in Allegheny General Hospital following a brief stay. He was born on February 14th, 1937 in West Chester, PA to the late Clark and Florence Reed.

Larry was the beloved husband to the late Patricia (Tolman) Reed. They were married for 43 years. He was father to two children, Dan (Sarah) Reed of Canonsburg and Kimberly (David) Yeck of Bentleyville. Larry was lovingly known as “Pops” to his seven grandchildren; Savannah, Caroline, Charlotte, and Elizabeth Reed and Hayden, Logan, and Collin Yeck. He was preceded in death by his siblings Reynolds (Lorraine) Reed and Doris (Douglas) Harrison.

Larry was a 1955 graduate of Springfield High School in Springfield, PA. Upon graduation he entered the workforce. He worked in newspaper publications for 41 years and was employed as a typesetter/proofreader at Montgomery Publishing Company in Ft. Washington, PA for most of that time.

In July 1973 Larry married his bride Patricia and they settled in the suburbs of Philadelphia. After leaving the publication business Larry worked in the maintenance department of a local private school until retirement.

In 2003 Larry and Pat relocated to the Pittsburgh area to be closer to their children. Larry spent most of his days outdoors. He enjoyed gardening, doing odd jobs around the home, and taking longs walks around their neighborhood. He was also very creative and artistic and loved doing craft projects with his grandchildren. He was very interested in researching his family’s genealogy which he studied for years. However his favorite activity was to sit and play Scrabble games in the evenings or Sunday afternoons with anyone that was available.

Larry was a quiet man with a strong faith in the Lord. He had a deep passion to share about the love of Jesus and the message of salvation with anyone he met. He will be missed dearly by his friends and family, but has left them with many memories to cherish.