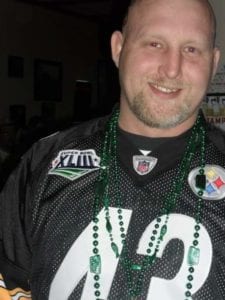 Paul graduated from Canon McMillan High School in 1996 and service in the PA Army National Guard.

On August 13, 2011, Paul married Sandy Young- finally giving in after she chased him around for 20 years.  Together they created a modern day Brady Bunch by joining children Kelsey, Jocelyn and Mason and Jacqueline then adding Paul Esten Hollenbach IV and Camryn Grace Hollenbach to the brood.  Since then, Paul had also been blessed with 2 grandsons, Jude Michael and Reagan Kye

He last worked for Alex E. Paris Contracting as a truck driver and was a Union Steward for United Steelworkers Heavy Highway Union 14693.  Both Alex Paris and the Union were instrumental in helping the family during Paul’s battle.

On February 15, 2018, Paul began his battle with stomach cancer and it was one hell of a ride! From choosing the strongest chemotherapy available to having his stomach completely removed in June, there was never a doubt that cancer had met it’s match! Bake sales and spaghetti benefit dinners mixed with chemotherapy treatments and hospital trips sprinkled with precious time with family and friends, every day was filled to the brim, but every step of the way, Paul was able to meet all of the adversity with a smile on his face and the fight of a Wookie in his veins.  Unfortunately strong decisions, good times, laughter and lots of love aren’t enough to stop cancer and on March 21, 2019, Paul was informed that his cancer had returned and was terminal.

The bucket list began shortly after with Paul’s first- and only, good citation from the Virginia Fish and Game commission which he received for the 50 lb striped bass that he caught during a fishing trip with friends.  Then Paul talked a few cousins into jumping out of a perfectly good airplane.  A trip of North Carolina and then a deep sea fishing adventure in Daytona rounded out the bottom of the bucket.  His final days were spent the way he wanted them, surrounded by the family and friends that he loved the most, laughing and telling stories about old times and good times, reassuring that he had lived his life to the fullest with no regrets.

Besides being an avid fisherman and master baiter, Paul also enjoyed hunting, playing cards, shooting pool, listening to all music, watching Steelers and the Penguins, Miller Lite and bonfires.  He considered himself The Godfather of euchre though most of his friends would beg to differ.  He was “the” master gourmet chef especially on the barbecue, hosting some of the best 4th of July parties and the best “family” dinner of all – Mumbo Gumbo.  He was always the life of the party with his larger than life personality, big teddy bear belly and heartwarming, light up a room smile.  Quick with a joke or to light up your smoke, Paul was known for being someone you could count on when times got tough.  He was a loyal friend, a loving father and a devoted family man.

A special thanks to Steven Bing who stood by Paul’s side for 35 years and helped his family throughout his final moments.

Preceding him to heaven in addition to his father are paternal grandparents Paul and Rose Hollenbach and maternal grandfathers David Cullen and Ralph Thompson.

Please view and sign the family’s online guestbook at PittsburghCremation.com. 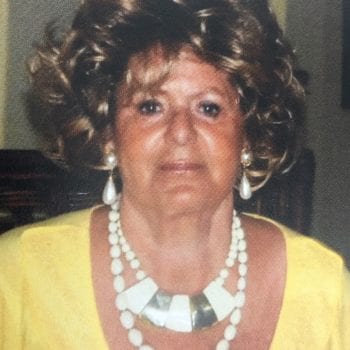 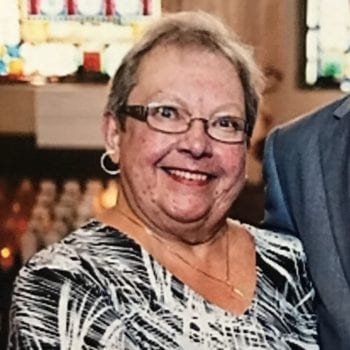