Born in Connellsville, PA he was the son of John and Ann (Kostelnik) Rittenberger, and he was a lifelong resident of Pittsburgh.

In his early years, Mr. Rittenberger attended Catholic school at Immaculate Conception, and went on to apprentice at Westinghouse. Ronald attended college at Carnegie Mellon University, and was hired into the nuclear division program at Westinghouse. He served in the National Guard on the weekend and worked part-time at Sears to provide for his family of eight.

Mr. Rittenberger had a passion for the outdoors, and he loved fishing, hunting, and golf. Ronald volunteered his time on the Great Allegheny Passage and he offered his engineering skills to develop different sections of the trail in the Pittsburgh area. He additionally built a bridge on the Rails to Trails campaign in Boston. Private arrangements entrusted to Pittsburgh Cremation and Funeral Care, Robinson Township.

In lieu of flowers, memorial donations can be made to Paramount Hospice 3025 Washington Road, Suite 201 McMurray PA 15317. 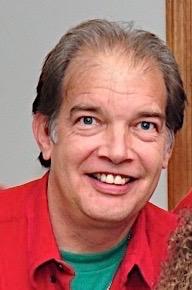