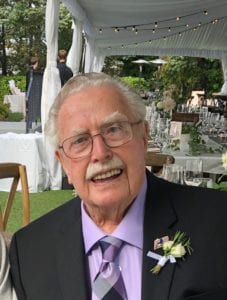 Thomas Joseph Pillion Jr. was born in Hazelwood on June 28, 1930 and died peacefully with his family nearby on February 15, 2020 at his home. He was a man for whom family was the highest priority, and he is survived by his loving and devoted wife, Mary Alice, of 64-1/2 years, his five children, Mary Catherine (Gary), Tommy (Kathy), Timmy (Jean), Anne Cicile (Rob) and Megan (Loren), his fifteen grandchildren, Kurt, Kate, Erik, Chris, Alex, Noah, Thomas,Mary Frances, Flannery, Sadie, Cole, Josephine, Eavan, Finnegan and Maeve, his three great grandchildren, Cooper, Riley and Quinn. He was also survived by his dear sister Mary Ratkiewicz and was predeceased by his sisters, Patsy Schaefer and Margie Beddard.

Thomas was an Allegheny County electrician and a proud 60-year member of IBEW Local Union # 5. He was quietly but singularly devout and a dedicated volunteer at Resurrection and St. Louise de Marillac Churches. He was in the first class of Eucharistic Ministers in the Pittsburgh Diocese. He volunteered weekly for over 25 years at the Jubilee Soup Kitchen, often bringing his grandchildren. Tom loved to attend family events and could always be found at a grandchild’s game, concert or play.

His interests, artistic ability, and resourcefulness were legendary in the family. In retirement, he was just as busy as when he was working full-time. He was a stained glass artisan who made treasured pieces for family members. The Steelers stained glass lamps that he made for his grandchildren will be fondly turned on for Steeler Sundays for years to come.  He had a vegetable garden and canned his own tomatoes annually. His feud with one particularly difficult groundhog was fabled.

Tom was completely nonjudgmental. He felt very strongly about his faith and his politics but never pushed his beliefs on anyone. He welcomed and included everyone.  He was ethical, thoughtful and giving of his time and talent and imparted the importance of volunteerism to his family. Tom was genuine. If he gave you a compliment, you knew he meant it. But he could also give you tough love.

His legacy is his family, and his catchphrases — “Look out Loretta” and “God Bless” — will forever echo with each of them.

In lieu of flowers, donations can be made to Jubilee Kitchen. 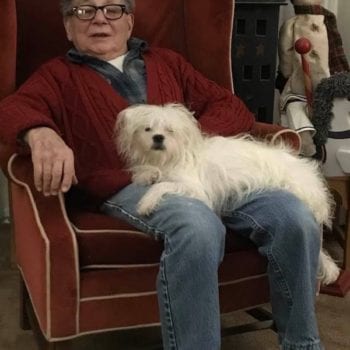