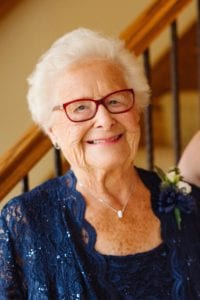 Jessie Jeannette Meredith Hitchens, 98, of Upper St. Clair peaceably passed away at home on December 30, 2019 of natural causes. She was the loving mother of James E Hitchens (Barbara) of Millsboro, De, John T Hitchens of Littleton, Co, and Mary Jeannette Duffy (David) of Upper St Clair, PA with whom she lived the past 13 years. She had 8 grandchildren and 6 great grandchildren that she loved and cherished very much. She also had 10 nieces and nephews and many other family relationships. She shared a special lifelong relationship with her first cousin, Margie Reichhold of Milford, De.
She was born in McKeesport, Pa. on Christmas Day 1921, daughter of Harry B Meredith and Sarah Eva (Hobby) Meredith Hitchens. She was preceded in death by her parents as well as her husband of 59 years, James W Hitchens, son Paul W Hitchens, grandson Joseph R Duffy, and her three brothers Harry B Meredith of St Petersburg, Fl, Thomas W Meredith Sr of Landisville, PA, and John R Meredith of McKeesport, Pa.
She graduated from McKeesport High School in 1939 after being named Ideal Girl and Best Dressed. She worked at the McKeesport Daily News during World War II and after the war while her husband went to law school. After raising four children, she went back to work in the 1970s as the manager of the Snack Bar and Gift Shoppe at the McKeesport Hospital until she retired and moved to Florida in 1981.
She was a member of the McKeesport 20th Century Club serving as the President for several years. She was also an avid bridge player participating in several leagues until she was 95. Two of her best skills were cooking and baking. She almost always cooked the holiday meals for her extended family which included many desserts.
Jeannette was a loving and caring person that developed a special relationship with everyone she met. She was a member of the Ballentine Methodist Church growing up, Greenock Methodist Church as an adult, and the Pasadena Community Church while living in Florida. Her faith was very strong, and she said many times she looked forward to being with her best friend, Jesus.
Services will be private. At the family’s request, please no flowers. 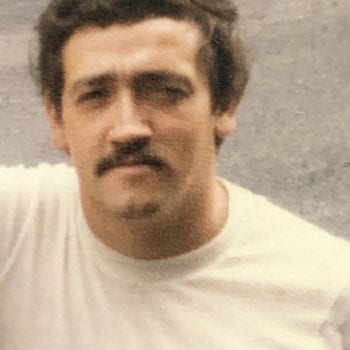 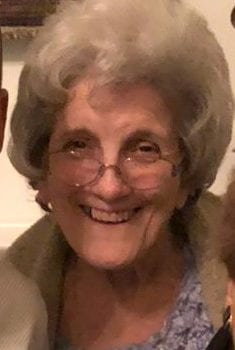